Just across the Kentucky state line, perhaps in this very cluster of trees or in the surrounding field, lie the mortal remains of Robert Brank. Brank was an attorney in Maury County, Tennessee in 1827.

While arguing a case in the Columbia courthouse, Brank and the opposing counsel, C. M. Smith, became so embroiled in the trial that they sought to try each other in another court—the field of honor. The challenge having been made and freely accepted, seconds were appointed and a location was determined. Determining the location proved to be a bit difficult, though.

As early as 1801, Tennessee had adopted laws against dueling, so Brank and Smith could not duel locally. Both men being lawyers, after all, they had to keep things legal. The men were in luck, however. For years prior, men had been slipping over the Tennessee-Kentucky line to satisfy their honor. Andrew Jackson dueled (and killed) Charles Dickinson in Kentucky in 1806 and, less than a year before Brank and Smith became entangled, Sam Houston met and shot General William White on the dueling fields near Franklin, Kentucky.

It was on these fields in Franklin, Kentucky that Smith and Brank decided to meet on the morning on March 23, 1827. It is hard to imagine what these two men must have felt as they rode their horses from Maury County, Tennessee to the Kentucky state line. Traveling with their “seconds” as companions, the minutes must have passed as slowly as the miles while their minds churned up thoughts about the wives they left at home and whether or not they would live to see them again.

Finally, the time had come. According to code duello, the men stepped apart a predetermined amount of paces and waited for the signal to fire. Once given, Smith fired first. This would be the only shot fired on the field that day. The bullet had found its mark and left Robert Brank dead on the field.

Brank’s last wish was to be buried on the field if he should die. His second made sure this wish was carried out and buried Brank beneath the Kentucky bluegrass. His horse was brought back to Columbia and taken to the home of his young widow, his boots in the stirrups.

Smith, who survived the duel unscathed, probably wished he had died. Unbeknownst to the participants, Kentucky had outlawed dueling prior to the March 23rd shootout. The Grand Jury of Simpson County, Kentucky brought charges of murder against C. M. Smith though no evidence of extradition has been found. He was also disbarred in Tennessee as a result of the duel.

Today, the location of the grave is lost, but the legend of the dueling grounds lives on. The race track about a mile from the Tennessee-Kentucky line was once known as the Dueling Grounds track before having its name changed to Kentucky Downs. A small-batch bourbon is also made in Franklin, Kentucky by none other than Dueling Grounds Distillery. 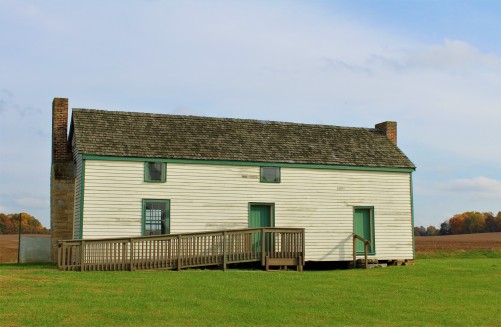