With 2017 coming to a close, now is a good time to look back on the year that was and look forward to the fresh starts that the New Year promise.

2017 brought many exciting things to Columbia, but these events caught my eye.

Orman Studios was built almost abutting the kitchen of the Ancestral Home of President James K. Polk in 1947. Although 60 years old, the Orman building did not contribute to the significance of the historical neighborhood, including the 1816 Polk Home, the 1916 Presbyterian Church, and Polk Presidential Hall built in 1881 as a Church of Christ. The State of Tennessee purchased and razed the building, exposing the south wall of the Polk kitchen for the first time in sixty years. 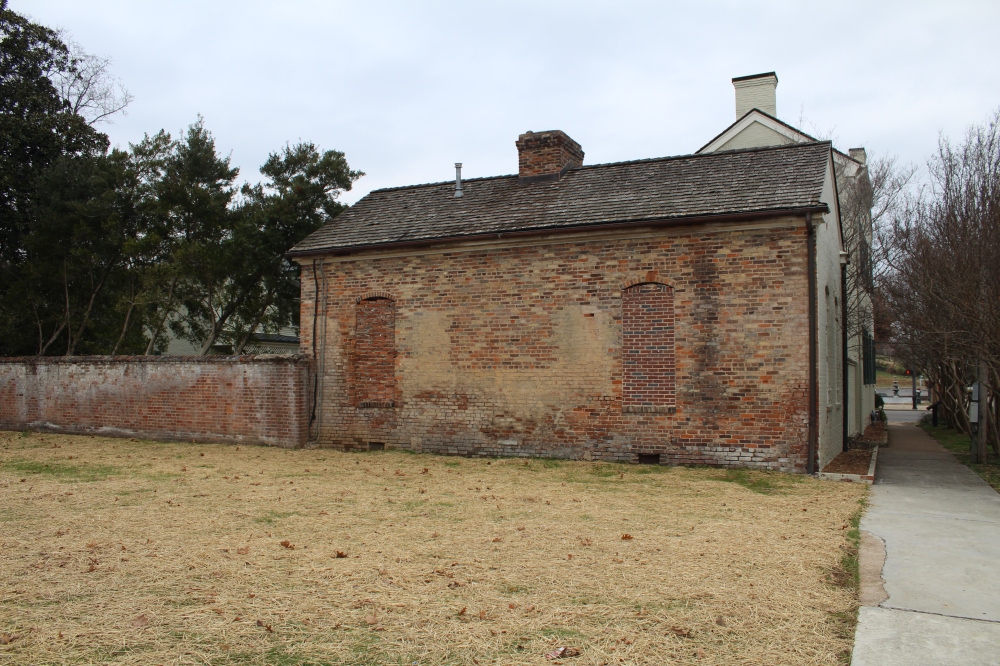 The now-visible south wall of the kitchen.

Middle Tennessee Law Group, PLLC recently acquired the property located at 812 South Main Street in Columbia. Royal’s Hair operated at this location prior to the acquisition. Once the law group began working on the site, they began uncovering advertising painted on the wall of the building adjoining to the south. Last month, the building at 812 S. Main was demolished, giving the public a look at the advertising.

Why was this advertising there? Finding this painting proves that at some point in time, there wasn’t a building at 812 S. Main Street and the shoe store next door was able to paint ads in the open-air alley next door. Later, when the building at 812 was erected, the ads were covered and, effectually, beautifully preserved.

Advertising for the Royal Blue $3.50 Shoe.

Thanks for reading during 2017!

Here’s hoping your 2018 is happy and bright!